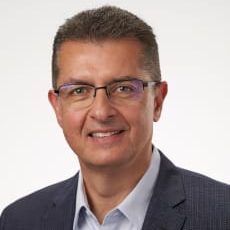 President and Chief Executive Officer, Viren Joshi, will retire following 8 years of dedicated service and outstanding leadership, and Vagner Finelli will become Sigma’s new President and Chief Executive Officer. As President and CEO, Viren Joshi oversaw the transformation of Sigma into a global market-leader. During his tenure, Sigma’s sales have nearly tripled, the company’s design and manufacturing capabilities have expanded to include machined components and metal stampings, and its manufacturing footprint has expanded from 8 facilities in India to 17 facilities across India, Mexico, and the United States. The company’s focus on world-class manufacturing plants, lean processes, Industry 4.0, and superior customer service makes it ‘easy to do business with’ and has resulted in a wide range of new global customers and multiple awards from customers and industry associations. Mr. Joshi will remain actively involved with Sigma and will transition to a new role as Executive Vice Chairman of the Board of Directors. In this capacity, Viren will continue to serve as a board member and strategic advisor as Sigma prepares for its next exciting chapter of growth. Vagner Finelli assumes the role of President and CEO effective January 18th, 2021 and will be based at Sigma’s headquarters in Garner, North Carolina. Vagner joins Sigma after a long career managing global businesses in Automotive and Aerospace. Most recently Vagner served with Precision Castparts Corporation (PCC) as President of Engineered Products and the Wyman Gordon Rings Group. Prior to PCC, Vagner served in several senior leadership roles at Lear, including Vice President and Managing Director of South America and Vice President of the Metals Business Group in Europe. He also served as a senior executive at Textron and Unilever. He holds degrees in Mechanical Engineering from the University of Sao Paulo and an MBA from Michigan State University.